Brushstrokes of Memory by Karen McMillan 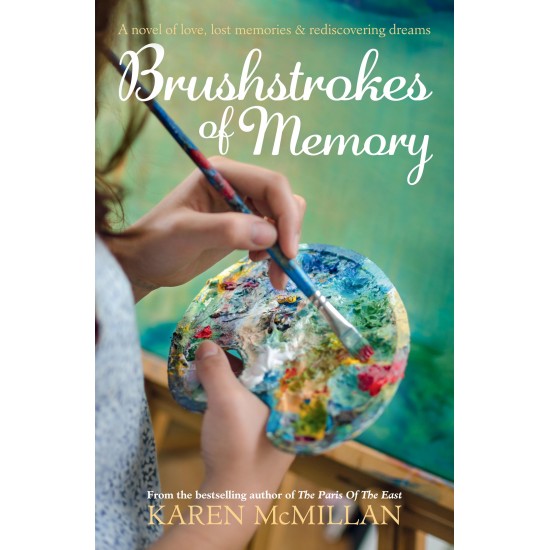 Brushstrokes of Memory by Karen McMillan

A novel of love, lost memories and rediscovering dreams.

On her thirty-second birthday, Rebecca is in high spirits. She adores her husband of seven years, Daniel, a successful musician. She is carving out a reputation as a talented painter. Life could not be better. But in 2013, she wakes in hospital after a head injury and finds out that nearly a decade of her life has been erased from her memory. Now almost forty-two, she can't remember anything after her thirty-second birthday, a decade fraught with changes she would never have anticipated â illness, infidelity, betrayal, separation and death â and the disintegration of many of her dreams.

Feeling like she is still thirty-two, Rebecca has to grapple with suddenly being so much older and with a world that is more complicated than she remembers. As she learns about her life from the last decade, she comes to realise she has lost her way. But if she can't remember anything of nearly ten years, then could this be the chance for her to wipe the slate clean and start again?

Praise for Brushstrokes of Memory:

"A husband, a wife. Two dreadful secrets and a decade of lost memories; Brushstrokes of Memory is a beautifully crafted love story, written from the heart." - Megan McChesney, books editor, NEXT Magazine

"In Brushstrokes of Memory Karen McMillan has written a very tender love story - not the typical tale of a young couple falling head over heels â but of a woman remembering herself, her mistakes, her grief and her courage. This is a story of a woman choosing the best version of herself and falling in love with her life. Which is ultimately what all of us are truly seeking." - Hannah Tunnicliffe, author of A French Wedding

"The three main characters in this story, Rebecca, her best friend Julie and husband Daniel are well drawn...As the story progresses there are many twist and turns in the plot and the tension keeps building. It is certainly a love story with a difference!" -  Lyn Potter, www.grownups.co.nz

"It's an enticing scenario, and one that had me more than willing to read on. The narration switches chapter by chapter, so the viewpoints of each of the three are revealed. Rebecca's current thoughts are supported by entries from a diary she kept during a key time in her comparatively recent past.  The characters are very real, each one having her or his own voice... This is a story that is bound to stay in a reader's own memory as each one of us must wonder how we would cope under similar circumstances." -  Norma D Plum, Flaxflower

"Readers and reviewers alike were in agreement with Karen McMillan's The Paris of the East and The Paris of the West. Both were winners. With Karen's new novel Brushstrokes of Memory we are again treated to a fine story with angst and heartache, love and dream fulfillment." - Terry Toner, Radio Southland

"Like McMillan's previous works of fiction, notably The Paris of the East and its sequel, Brushstrokes of Memory has a specific thematic preoccupation: love, hope, redemption, relief from pain...'McMillan's down-to-earth warmth makes following Rebecca's story a safe experience for readers who prefer not to end in tears." -  Stephanie Jones, Coast FM 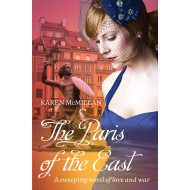 The Paris of the East by Karen McMillan
A sweeping epic of love and war, courage and survival, sacrifice and loss.Warsaw, 1939. Four friends picnic on a brilliant summer's day and celebrat..
$34.95
Add to Cart
Add to Wish List Compare this Product
Buy Now Ask a Question
Quickview 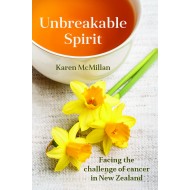 Unbreakable Spirit by Karen McMillan
An invaluable collection of real life stories of cancer, representing a wide range of circumstances that will provide comfort and help for families fa..
$34.95
Add to Cart
Add to Wish List Compare this Product
Buy Now Ask a Question
Quickview 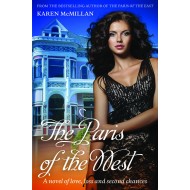 The Paris of the West by Karen McMillan
The Paris of the West is a story of love and loss, betrayal and forgiveness, and having the courage to start over.San Francisco, 1948. Having survived..
$34.95
Add to Cart
Add to Wish List Compare this Product
Buy Now Ask a Question
Quickview 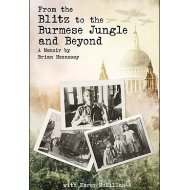 From the Blitz to the Burmese Jungle and Beyond by Karen McMillan
One man's memoir of World War II, which took him from the Blitz to the jungles of Burma, to the devastation of Hiroshima. New Zealander Brian Hennessy..
$34.95
Add to Cart
Add to Wish List Compare this Product
Buy Now Ask a Question
Quickview 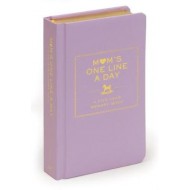 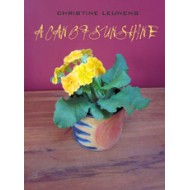 A Can of Sunshine by Christine Leunens
Nancy has gone from NY to NZ and lives a peaceful life with her Kiwi husband, Mike, and their seven-year-old daughter, Chloe â until a holiday escap..
$24.95
Add to Cart
Add to Wish List Compare this Product
Buy Now Ask a Question
Quickview 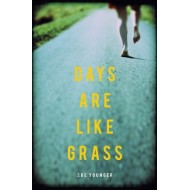 Days Are Like Grass by Sue Younger
A beautiful summer. An ugly past that won't stay buried.Paediatric surgeon Claire Bowerman has reluctantly returned to Auckland from London. Cal..
$30.00
Add to Cart
Add to Wish List Compare this Product
Buy Now Ask a Question
Quickview 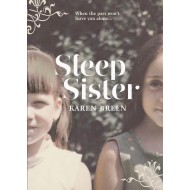 Sleep Sister by Karen Breen
When the past won't leave you alone...On the last day of 1979, sisters Gilly and Marina and their little brother Davy are running wild with all the ot..
$29.95
Add to Cart
Add to Wish List Compare this Product
Buy Now Ask a Question