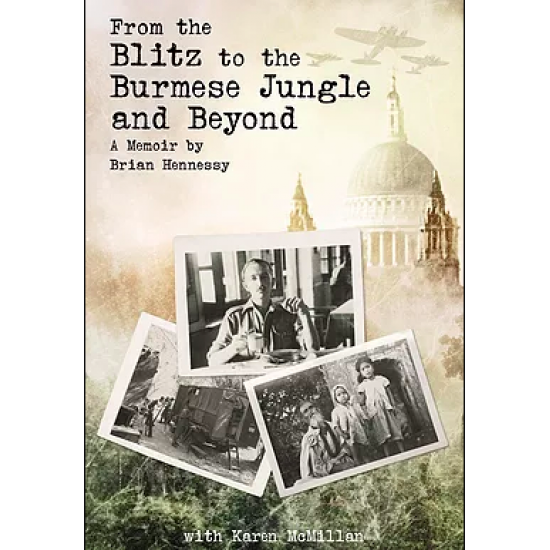 One man's memoir of World War II, which took him from the Blitz to the jungles of Burma, to the devastation of Hiroshima. New Zealander Brian Hennessy's story is published for the first time.

"I consider myself lucky to have survived the global carnage still myself, a reluctant soldier who had to go to war, who only ever wanted peace for everyone." -  Brian Hennessy

Born in Germany to English parents, Brian Hennessy came from a family who served in the army. He was seventeen years old and living in London when war broke out. He experienced the Blitz first-hand as his role as a volunteer 'roof-spotter', trying to establish if the planes flying over were German or English. Brian joined the British Army and upon graduating, he became the youngest armament artificer. What follows is a true adventure story as Brian journeys via South Africa to India and the remote jungles of Burma. Danger was always present, but this is a memoir that reveals Brian's love of nature and his interactions with the local people; stories that are sometimes humorous, at other times poignant. At the end of the war, he took advantage of the chaos at the time, and he boarded a ship and went to Japan. There he saw first-hand the devastation at Hiroshima.

Brian immigrated to New Zealand after the war and lived there until his death aged ninety-two, but he never forgot his extraordinary war adventures. This is his story, published for the first time.

"I found New Zealander Brian Hennessy's World War Two memoir a fascinating read, humorous and poignant in parts...Choosing established author Karen McKenzie to ghost write his memoir considerably contributed to its quality. It is at treasure for his family and generations to come as well as a fascinating read for a wider audience." -  Lyn Potter, Grownups.

In Flanders Fields and Other Porms of the First World War
In this collection of war poetry, Brian Busby has selected works from the poets killed in action during the First World War, starting with Rupert Broo..
$9.99
Add to Cart
Add to Wish List Compare this Product
Buy Now Ask a Question
Quickview 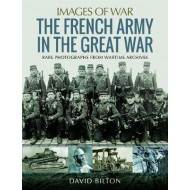 French Army in the Great War
There have been few books written in English about the French Army during the Great War. Those that have are scarcely illustrated. This book aims to p..
$49.99
Add to Cart
Add to Wish List Compare this Product
Buy Now Ask a Question
Quickview 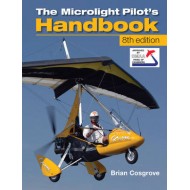 Microlight Pilot's Handbook
Brian Cosgrove's classic introduction to the world of microlight flying has endeared itself to several generations of pilots. To read a 'Cossy' has b..
$64.99
Add to Cart
Add to Wish List Compare this Product
Buy Now Ask a Question
Quickview

Leprechaun Under the Bed
A leprechaun can be alone without being lonely, says Brian O'Shea. And that's how Brian likes it-- so when a big human man tries to build a cottage o..
$45.00
Add to Cart
Add to Wish List Compare this Product
Buy Now Ask a Question
Quickview 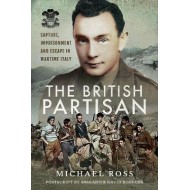 British Partisan
Below are reviews of From Liguria With Love (original edition of A British Partisan) A gripping account of the many months spent behind enemy lines li..
$59.99
Add to Cart
Add to Wish List Compare this Product
Buy Now Ask a Question